This isn’t an easy letter to start. As I type, you’re only with us for four more hours in my time zone, but part of me won’t consider you gone until all time zones are in the new year. I don’t think I’ve ever wished a year goodbye as fervently as I have you, but when I went through the memories earlier today, I had to admit that maybe I was wrong.

2016, you weren’t kind in so many regards. You’ve absolutely been one of the hardest years of my life, but you’ve also brought so many good moments. In number, the good outweighs the bad. I don’t know how to quantify the moments, because everything seems worse in the moment and I’m reflecting.

I’ve never written a letter to a year before, so this one might be a little wonky. I’m going to include pictures. Here we go. 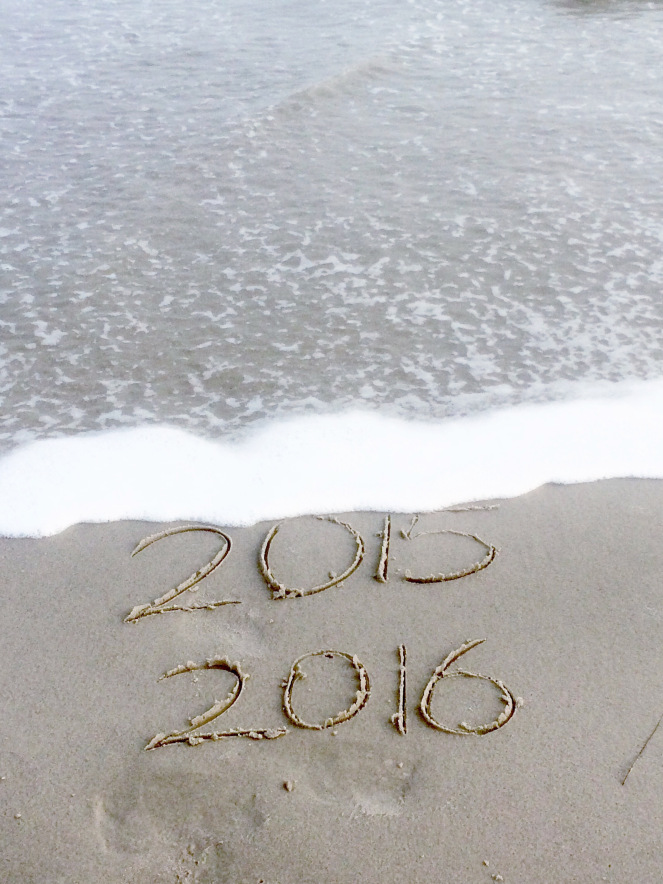 2016, you started off wonderfully. I went to Chicago, ran around downtown with Meagan, finding a brunch and a donut place to enjoy. We took the L and we crossed against the lights and we giggled. I took the L back downtown by myself to go ice skating and learned how to spin. I visited my family, went on tiny random adventures with Paula, and didn’t get stuck in a polar vortex (looking at you, 2014). I got to see my grandmother and my grandfather, my aunt and uncles, and overall, it was amazing. I want to tell you all of the tiny little details, 2016, but I worry that might be too excessive. Is it? I don’t know. 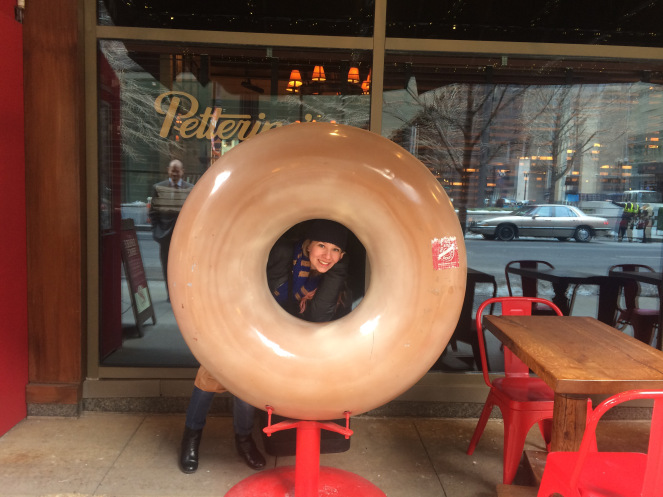 And then, Alan Rickman died. We lost our Snape all over again, and it hurt.

Life went on. Of course it did. I started doing calligraphy, first with brush pens and then with ink. My last semester of grad school started. I hustled and got a really good group in one of the most group-intense classes, and it was hands down one of the best three groups I’ve ever had in education. Chelsi turned 21 and we celebrated. I cut the pink out of my hair and ended up with shorter, fluffier hair than I expected. I volunteered at BPA State again (here in Corpus this time) and it may be my last time working that. It’s kind of sad but at the same time, it might be time for that door to close.

My family received horrible news on April 5th. I won’t write about that here, my darling 2016, but you know. I know. I won’t forget. I’ll admit, I might have had a very different opinion of you if April 5th hadn’t happened, but it did, and here we are. [Edited to add: the news was that my mom was diagnosed with breast cancer. She beat it and is fine as of 2021.]

I went to Virginia, just outside of DC, on April 7th with a business club at school for competition. It was horrible timing but a really… interesting time. I want to say it was wonderful, because, remember, things look better from here. In reality, it was a roller coaster. Some parts were awesome, and some I just wished I was home. Overall, it took my mind off of things and forced me to cope. It was a great experience and I’m kind of sad I only got one year to do it. 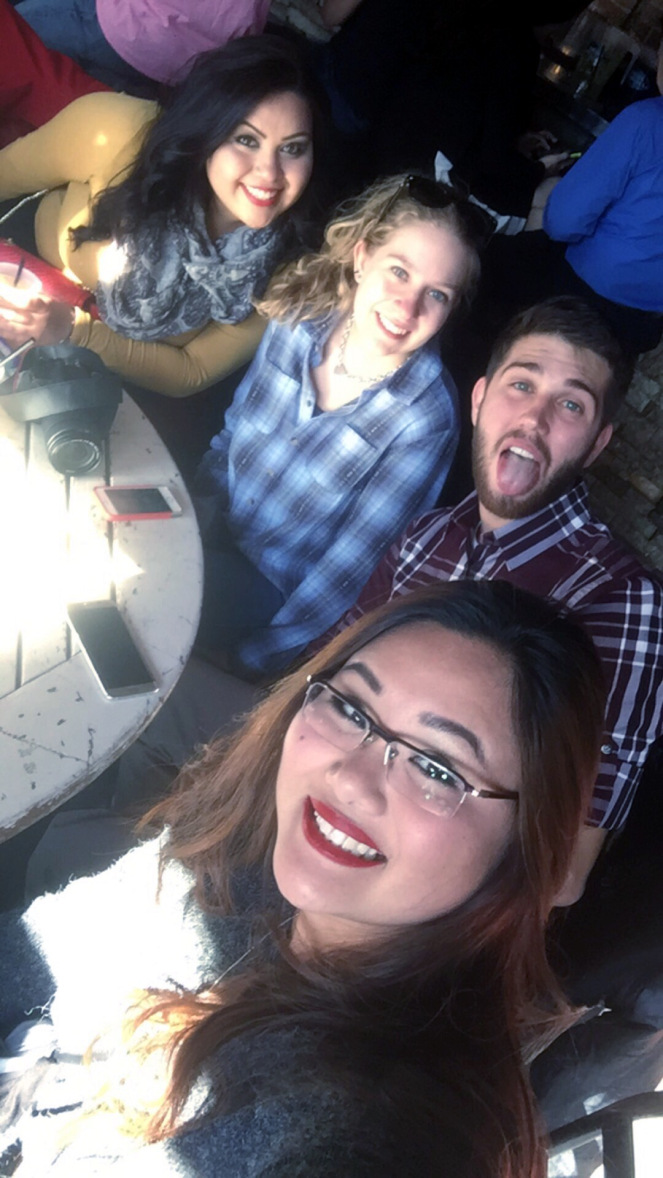 When I got home, I found myself going from wanting to make straight As to simply wanting grad school to end. I had other things to worry about, but the thing about grad school is that it doesn’t really care. 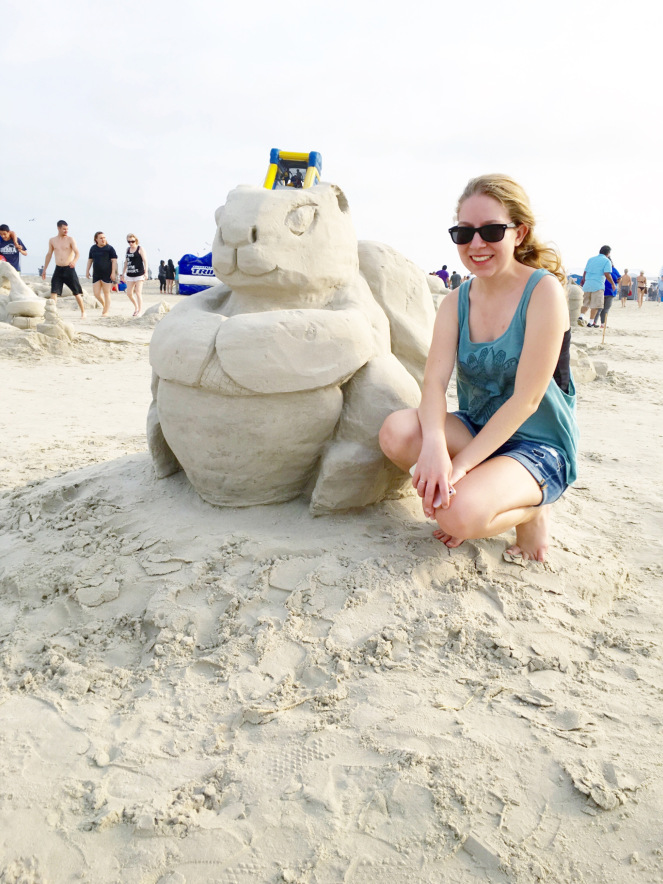 Still, it happened. (Also, my mom got an iPhone. That’s a thing you can claim, 2016.) I sent out my graduation invitations. I planned a bonfire celebration. We took a few bad-news-related road trips, I wrapped up so many projects for school, and bought my cap and gown. I did fun things, like the SandFest and rollerskating at the university. 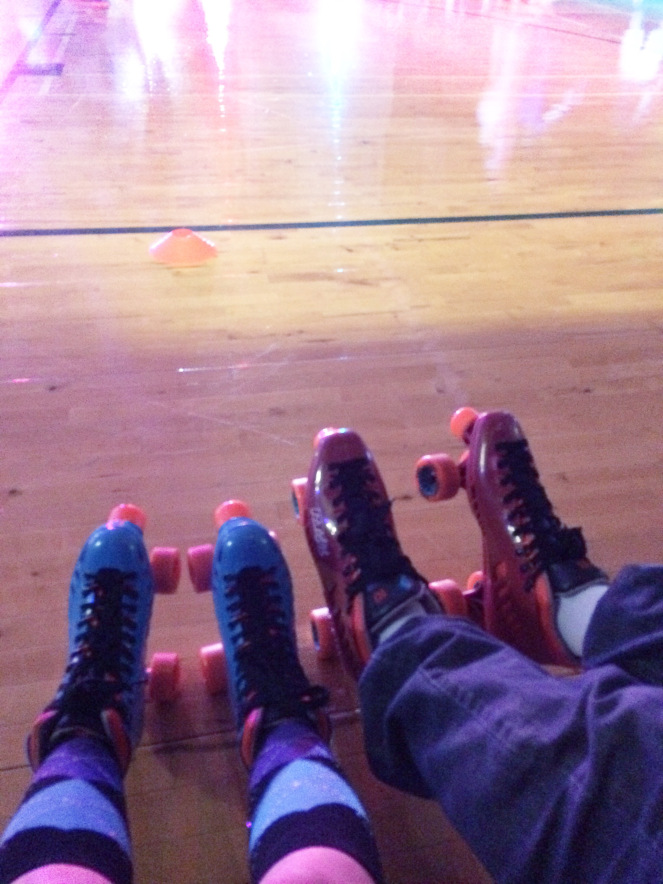 My grandfather – Dziadziu – came to visit, because he comes to all of my graduations, and helped me decorate my cap the day before graduation (because I had finally decided what I wanted). 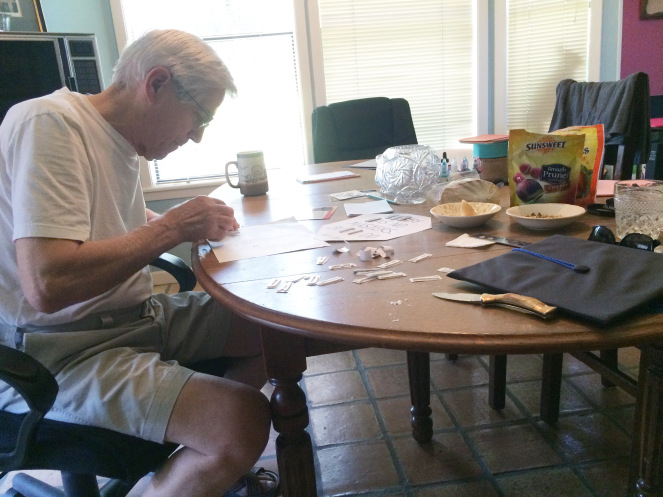 I graduated, 2016, for probably the last time. You’ll forever be a graduation year for me, along with 2011 and 2014 (and, I guess, 2007 if you count middle school). I sat near friends, walked the stage, and hugged a bunch of people. We had the bonfire, and I haven’t had one since. We have the firewood for it, but circumstances say it’ll get put off a little longer. As a graduation present to myself, I bought a Silhouette Cameo cutter and I absolutely love it. It’s one of those things that will get a permanent, assessable home when I move out. 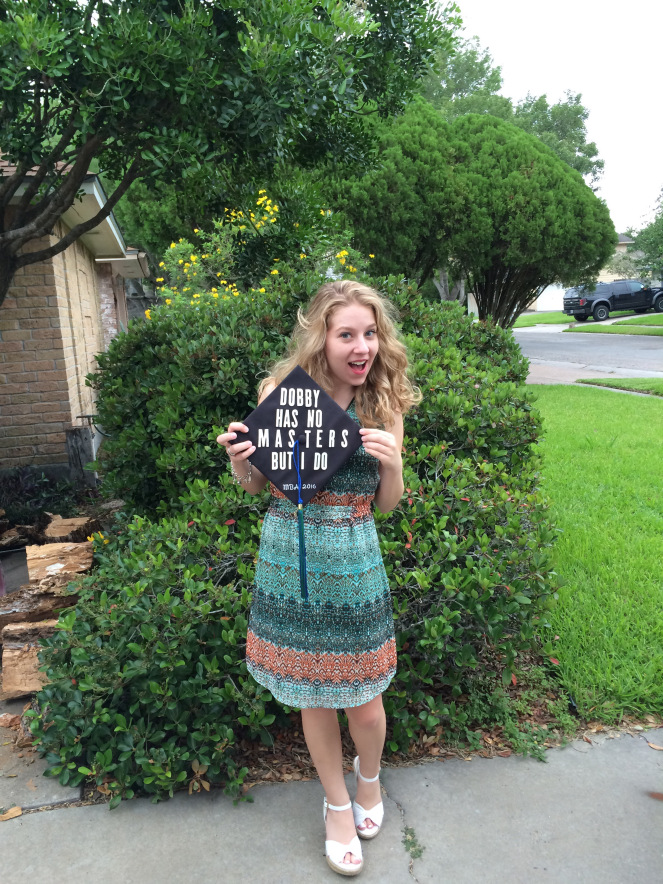 The CRP station of American Airlines turned 35 years old this summer, so I made cupcakes for my mom to take to work. I did a couple weeks of hitting my 10,000 step goal every day. It didn’t last, but maybe I’ll be able to pick that back up in the new year. Meagan started reading Harry Potter and texting me her thoughts. Pokemon Go became a thing. Miranda picked out her wedding venue and asked me to be a bridesmaid for her wedding. The venue is gorgeous and I’m so excited an honored to be part of her wedding.

I flew to Tennessee for Kelsie’s wedding, but first spend the night in Nashville and got to have dinner with one of my cousins and his cutie pie kids. It was so nice to see him and meet the little girls. It was also so nice to eat lots of wonderful gluten free food while I was there. Kelsie’s wedding, though, was amazing and wonderful and gorgeous. All the things you hope a wedding is, really. I’m so glad that girl is still in my life after 10 years of friendship and I can’t wait to see what she and her husband do going forward. (I spent a very little amount in Georgia on a road, and most of it was stuck in traffic.) 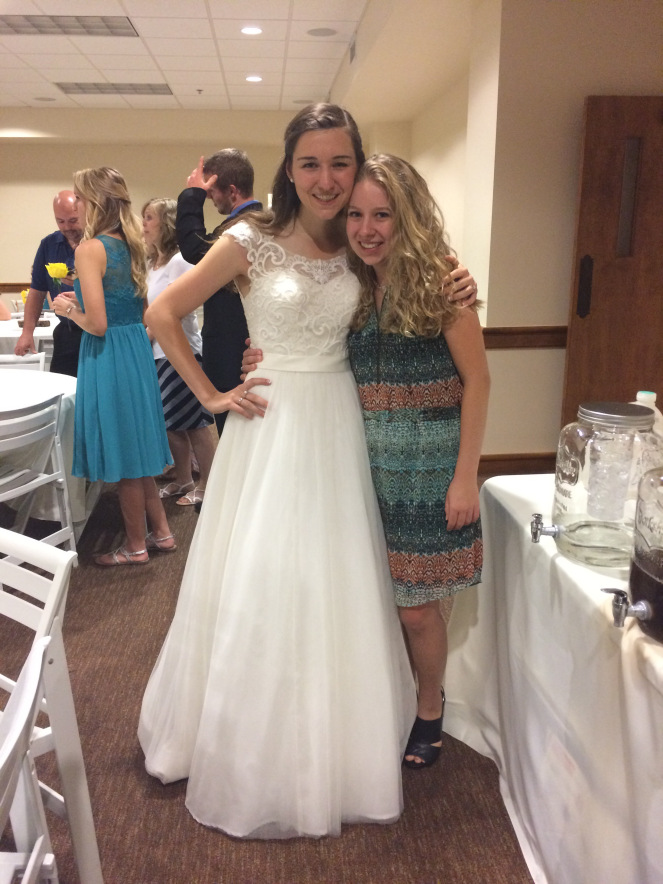 Cursed Child came out. I drove up to College Station and went to the release party at Barnes and Noble with J and Momma Chris. J and I then stayed up until 3am reading the play and whacking each other at all the exciting parts. 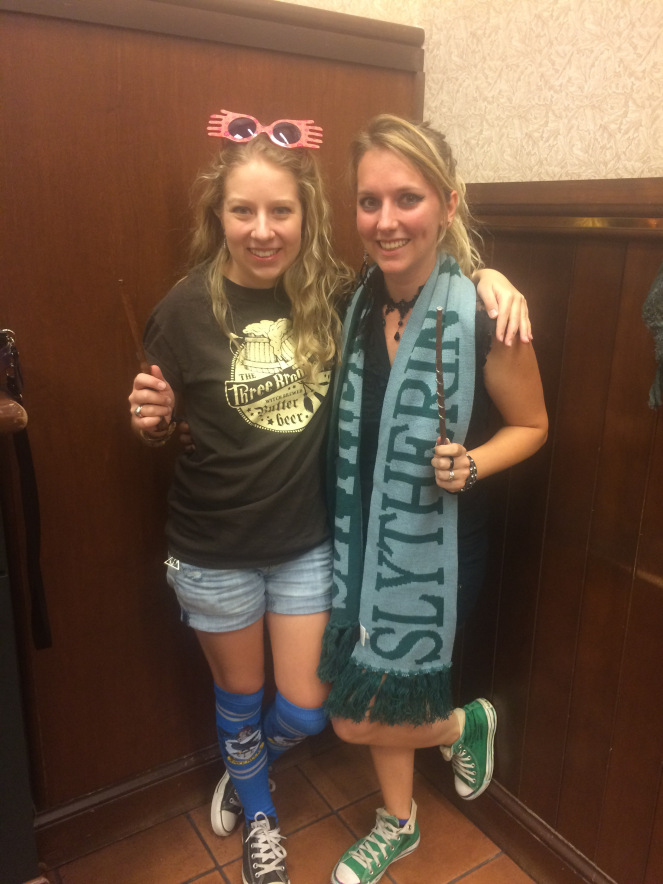 I ended up back in Chicago for a bit in August, because I really can’t stay away from that city for too long. Meagan, Morgan (her roommate), and I did exciting things, like (in no particular order) move furniture (Morgan and I took a coffee table on the L), visit Buckingham Fountain, and play Pokemon Go. Meagan and I also continued our tradition of brunch at Wildberry and donuts (for me) at DoRite Donuts. We went to a Boys Like Girls 10 year reunion concert, where we laughed, screamed, cried, and had a blast. We’re actually both in their social media marketing post. 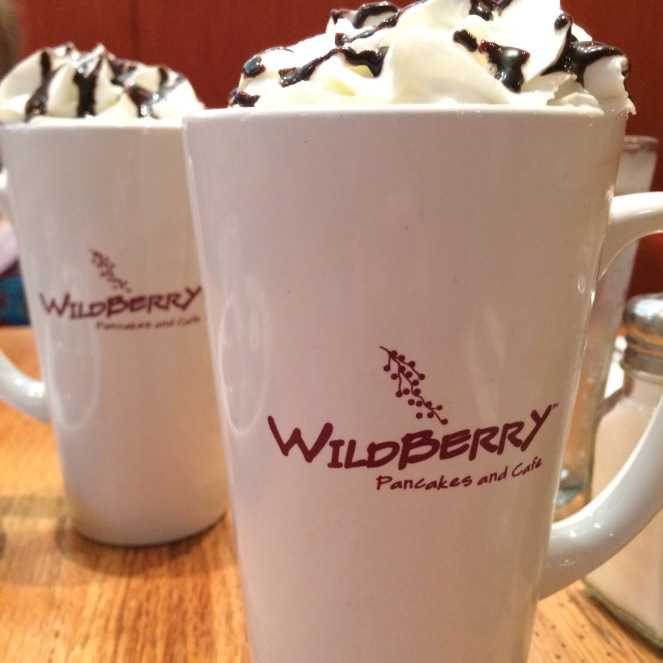 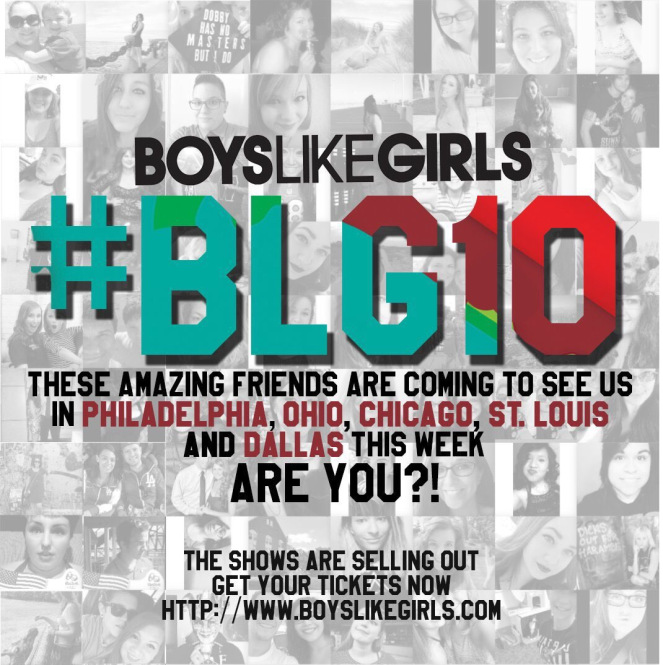 We watched fireworks, but not at Navy Pier because it’s so crowded, and made friends with a very interesting group of people. We went to Cassava and a Grateful Dead store. I went to my grandmother’s house, got ice cream with Paula, and really talked for the first time in a long time. Paula went to Seattle and I went to a Rockin In The Park concert with my uncle, The Cheesecake Factory with Dziadziu (and then we watched Walker Texas Ranger for like three hours, which was legitimately a great time), and back downtown to watch the Chicago Air & Water Show with Meagan. We also went back to Cassava, because it’s that good. I did a little more hanging out with Paula, and then it was back home for me. 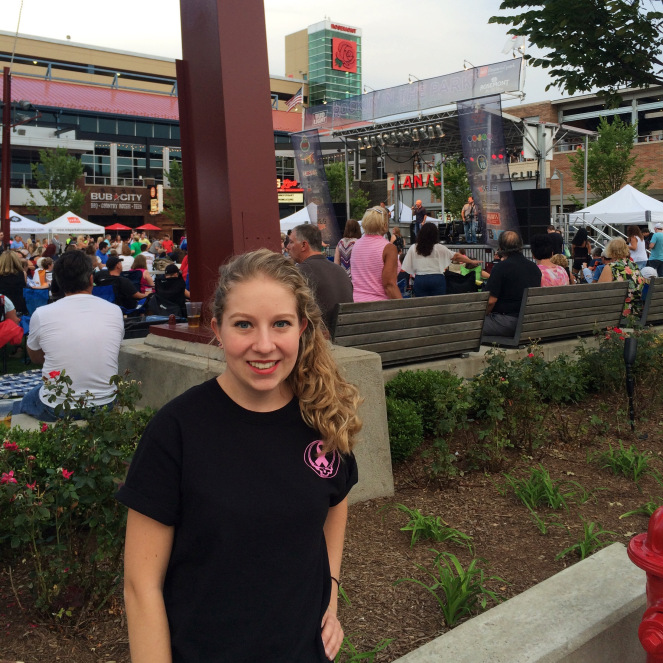 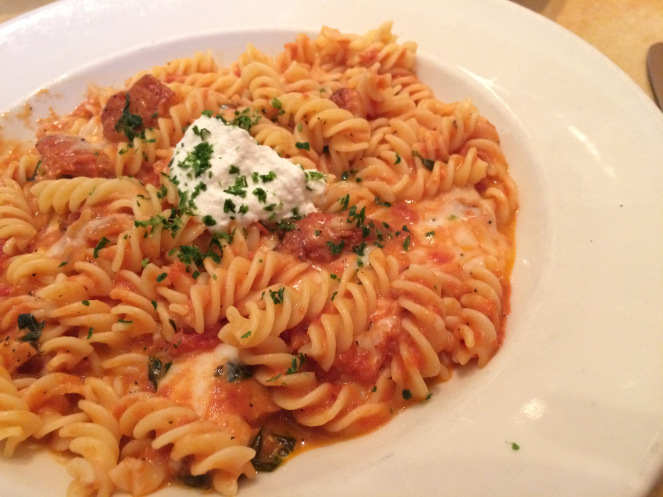 My dad and I went on the Rock and Ride motorcycle run again, which I might have to come back for every year if I ever leave this town.

I started a Harry Potter podcast (Sonorus: A Harry Potter Podcast) and it launched on September 1st. I got involved in the On The Same Page Secret Sister group, which involves sending and receiving happy mail each month. My secret sister revealed herself on my birthday, and she’s great. I haven’t decided yet how to tell my secret sis who I am yet, but it’ll happen!

At Travis’ persuasion, I signed up for and did a Foam Glow 5K walk/run in San Antonio with him and a group of his friends. It was ridiculous and fun and I’d do it again in a heartbeat. 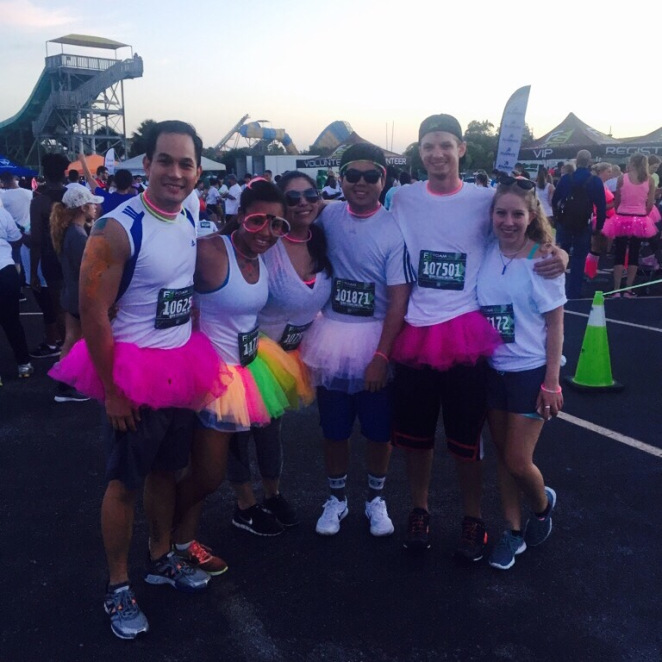 NerdCon: Stories happened for the second time. I went, because I love it so much and there’s a chance it won’t happen next year. It was overall a wonderful time and I keep meaning to write so many more things about it. I made new friends and became better friends with people I met in 2015 and if it happens in 2017, it’ll be grand. 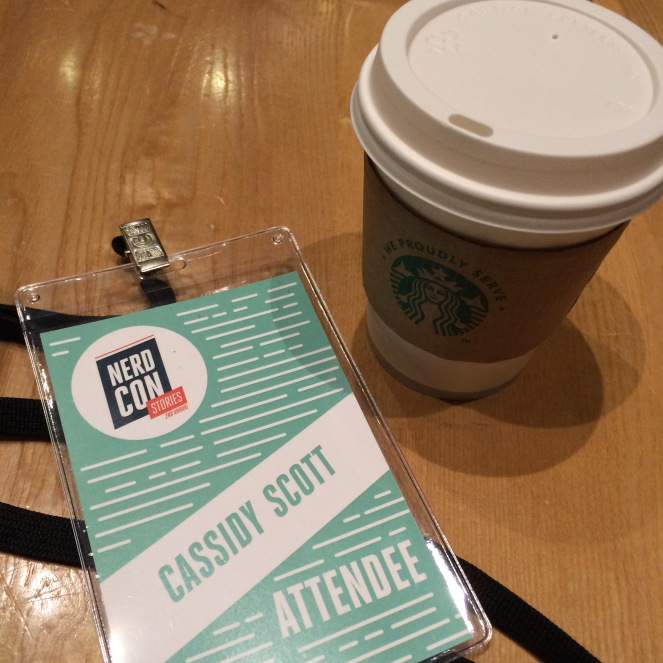 Just after NC:S, I went to Burbank, California for LeakyCon. Before the event started, there was an Open At The Close park event, in which we got to stay in the Wizarding World of Harry Potter past the park’s closing and just hang out. It was definitely one of the highlights of my year for a variety of reasons, two of which being (one) that I made a lovely friend called Jemma and (two) this meal and Butterbeer at The Three Broomsticks. Can every day be LeakyCon? Maybe? Please? During the rest of LeakyCon, I made another lovely friend called Valerie. I like these ladies. 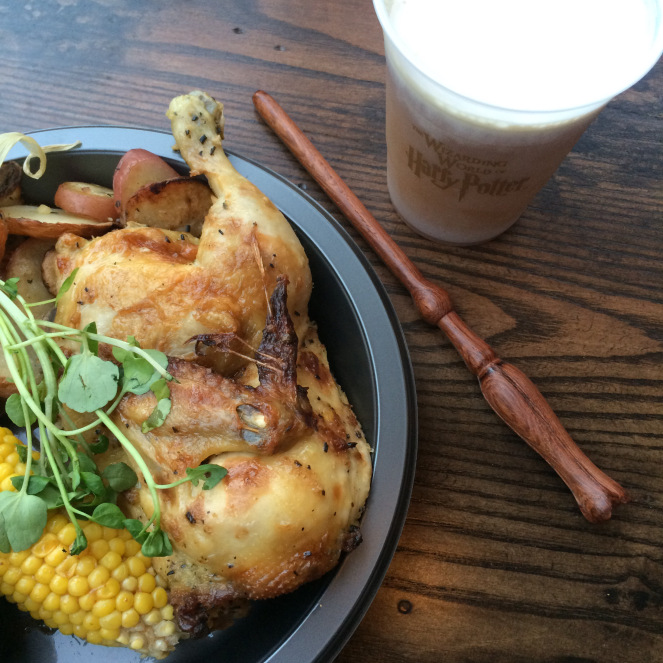 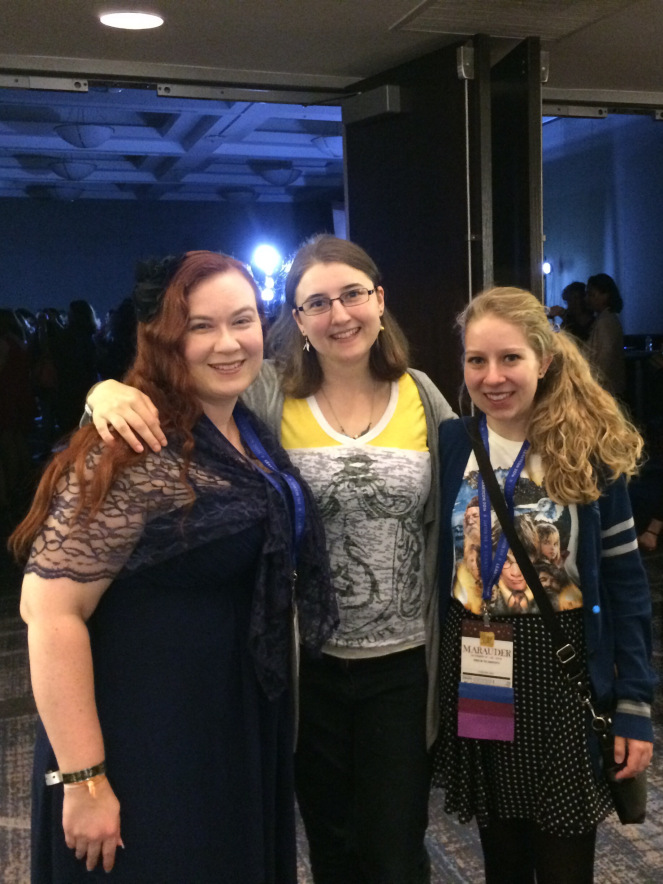 That was the end of my travel for a while. I came home for Halloween (we didn’t even unlock the gate…), spent November writing over 50,000 words in 30 days (NaNoWriMo – complete!), being in Houston for a while, turning 24, cooking most of Thanksgiving dinner and refraining from sticking a candle in the turkey for my mom’s birthday, and started making buttons. 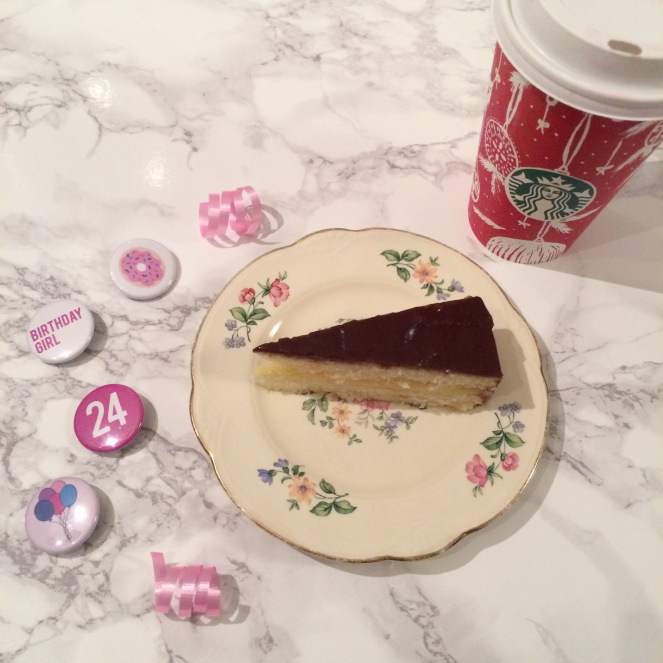 December flew by, with minimal Christmas decorations. I felt sluggish and tired and have been waiting for the new year in hopes that it’s a fresh start. Also, my glasses broke in a way that is somewhat fixable but will ultimately need replacing.