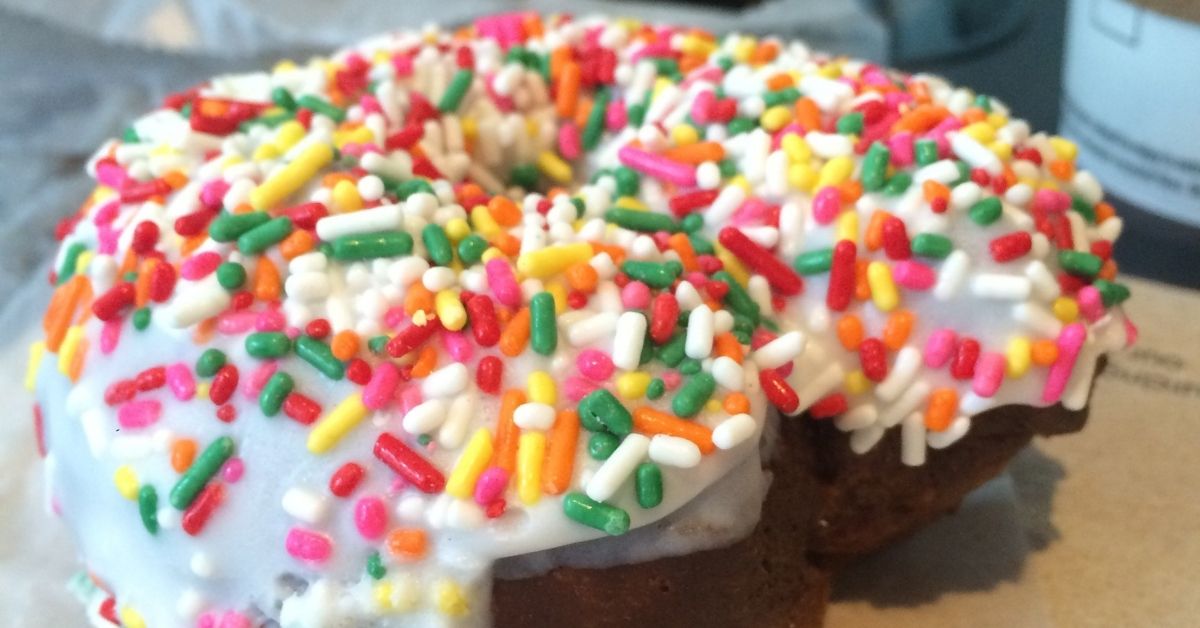 If you’re gluten free like I am, then a huge Chicago must is getting gluten free donuts at Do Rite Donuts. I can’t vouch for their regular donuts, obviously, but I can tell you that they’re always busy and they look fantastic. The gluten free ones, however… excuse me while I go drool over the pictures.

January 7, 2016 was my last day waking up downtown on one particular trip, so my best friend and I actually managed to get out at a reasonable time. The first stop was donuts.

Now let me tell you about donuts (doughnuts? I have no idea). I remember L O V I N G donuts prior to the age of 5 (aka my celiac diagnosis). We had an Albertsons kid’s club membership (is that what it was even called? It’s been so long that I don’t actually remember anymore) that basically meant I got donuts. They might have been free. Don’t quote me on that one… everything is basically free to a <5 year old. Now, Albertsons is long gone from my hometown, but I remember missing their donuts for a long time after being diagnosed.

And then I tried donuts again a few years ago (but this time, gluten free). They were frozen and needed to be microwaved and just didn’t earn the spark that I remembered. So for a while, I wondered why the heck so many people loved donuts. I look at the gluten free frozen ones longingly every time I’m at the grocery store and walk away every time, because I know they’re just not super great.

But enter stage right, Do Rite Donuts. Find Me Gluten Free gave this place high reviews. It said that people showed up at a reasonable hour and found the GF donuts sold out. It said they were good. So we went. We got there at like 10:45 (did I say we left at a reasonable time? Apparently I was wrong), and I picked up one of each of the gluten free donuts. They’re kept in a special case on the counter. Wednesday’s selections were birthday cake (which doesn’t appear to be on their online menu), valrhona chocolate glazed, and maple bacon. There were 1-3 of each flavor left… 10:45 is definitely the latest I would get there. Aim for like 8-9am, especially on any day that isn’t like ours was (really freaking cold).

Guys. I love donuts again. Meagan and I went to Starbucks after picking up donuts and I took a bite and Meg asked how it was… I legitimately told her that I might have to move to Chicago just for the donuts. I’m sure that walking around downtown will counteract the donut-calories, right? (Or, maybe I’ll actually have to go to the gym.) I tried the birthday cake one – I’m a sucker for sprinkles – and it was fluffy and seriously like the best thing I could imagine. And they’re regular sized donuts, too! (Uh, how do people eat more than one donut at a time? Practice, maybe.)

I’d really recommend only buying what you can eat right away – the chocolate glazed one I tried the next day hadn’t been wrapped up overnight (my fault), and it was still GOOD, but it wasn’t super duper awesome. It literally tasted like someone left a fantastic donut out overnight. Which, you know, is what happened.

The same thing happened with the maple bacon pancake. I was a little scared to try it, because I’m a wimp when it comes to bacon. I only eat bacon as bacon… not in chocolate, not on donuts. Sigh. Anyway, the donut was great, but not so much after the first day. I say this because it’s going to be super tempting to buy ALL THE DONUTS but don’t do that unless you’re going to eat them all within like 24 hours.

Five out of five stars, and I will 100% be going back. (Me: “Meagan, will you take a picture of me with the giant donut?” *stands next to it* Random guy walking up – seen in the picture: “Look through the donut hole!” Me: “YEAH!”)