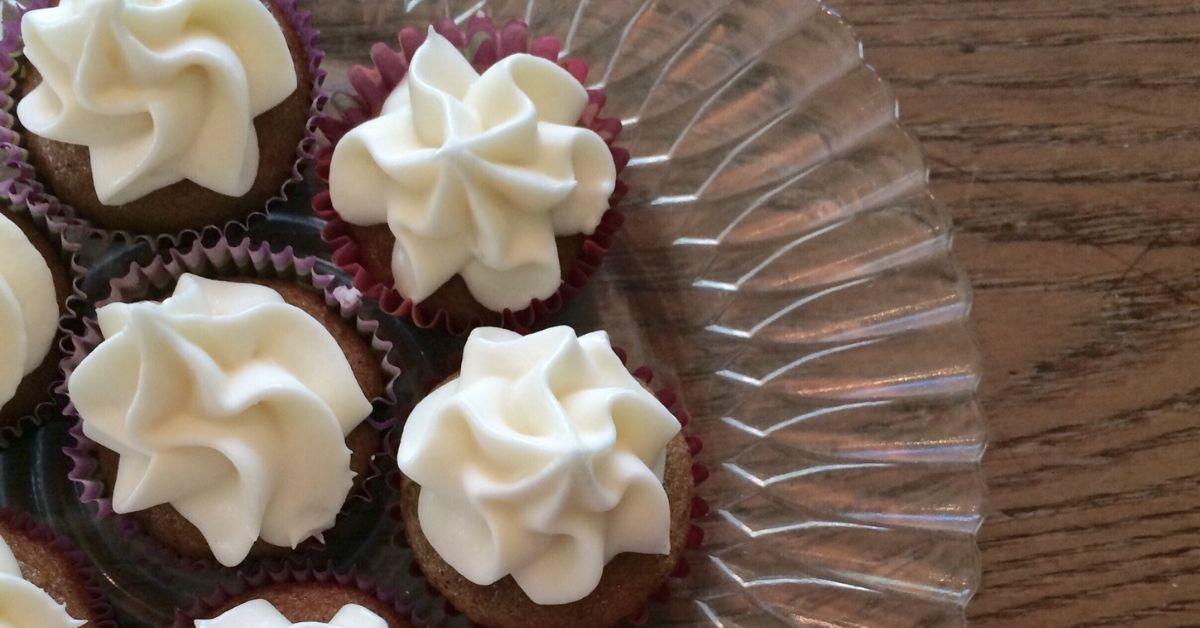 Several years ago, my cousin came to visit and brought with her a recipe for pumpkin squares. We fell in love with them instantly, making them several times a year. It didn’t matter WHAT time of year – these were too good to restrict to only fall baking. After a while, I decided that it was time to bring them back… but as pumpkin cupcakes, for a change. I had no idea whether they would work or not… they’re originally made in a jelly roll or brownie pan or a large cake pan. It never seemed to matter too much what we baked them in. Hence the hope of cupcakes. Really, though, I wanted to play with the frosting on the cupcakes.

So here we go:

You’ll also need cupcake liners if you do end up making these as cupcakes.

*let me point out for a second that I’m gluten free, so xantham gum is helpful for keeping it all together. Since the adapting of this recipe, I’ve switched to Bob’s Redmill 1-to-1 Baking Flour, which has xantham gum in it. That means I can leave it out of the recipe. If you’re using regular flour, you should also omit this bit.

For the pumpkin cupcakes:

Put all dry ingredients into a bowl (sugar, flour, baking soda, baking powder, cinnamon, salt, xantham gum) and mix. Add oil and pumpkin. Separate the egg whites and whip. Add the whipped portion and the egg yolks to the bowl and mix thoroughly (about 4 minutes on medium speed).

Line cupcake trays with papers. They work great as either normal sized cupcakes or the mini ones. Fill the cups about 3/4 of the way full. Bake at 350*F for 10-15 minutes (depending on the size of the cupcakes and also on your oven. It’s fair to start the mini ones at about 7 minutes and test them – toothpick in the center needs to come out clean – and the normal size ones at 10. Just keep them in the oven until they’re done, and let me know how long yours took. I’m curious). Remove from the cupcake tins to a wire rack, and let them cool COMPLETELY. If you don’t, the cream cheese frosting will melt.

For the cream cheese frosting:

Cream together and frost. Note that if you want to spread the frosting with a knife (like you would do for the squares), you can get away with one batch of frosting. If you do what I did, and use a pastry bag for the fun swirls, you definitely need two batches.